So there are some NKOTB‘s in our midst. You know. The New Kids On The Block? Stop looking at me like that. Anyways, new tech has been announced recently by way of Sony and I believe it’s something we as gamers can all look forward to.

Sony has unveiled a few wonderful things and they’re called PS Vita Slim (maybe that’s what I’m calling it because of some of its new traits), and newer still, the PS Vita TV. I suppose the former speaks for itself in that it’s iterative of its bigger brother, the original PS Vita. The latter though, is something that has caught my attention, not just in aesthetics, but in ability. Below is a clip of the full show for the Sony Press Conference 2013.

The original PS Vita was released in February of 2012 and was a much needed upgrade from the handful of PSP iterations that have graced the handheld market. Fast forward to a year ago and we get what we want, or closer to it than before. We were blessed with a beautiful 5″ OLED screen, tighter controls coming closer to what the Dual Shock 3 PS3 controller is, and the most crucial addition, the DUAL ANALOG STICKS. Finally, a true console experience in the palm of your grubby mitts. Or so we hoped. The platform is still relatively young so the games aren’t really up to snuff, but are gaining traction as time passes. And with Sony announcing the recent price drops its really worth a consideration. 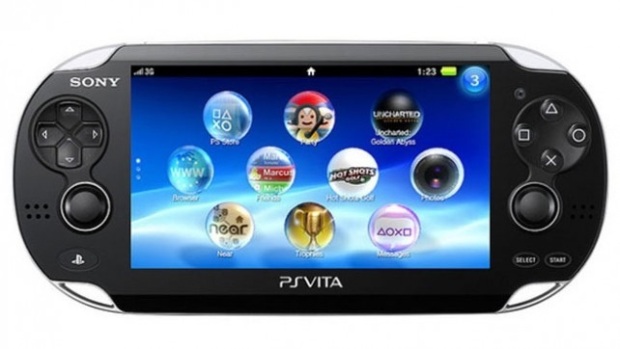 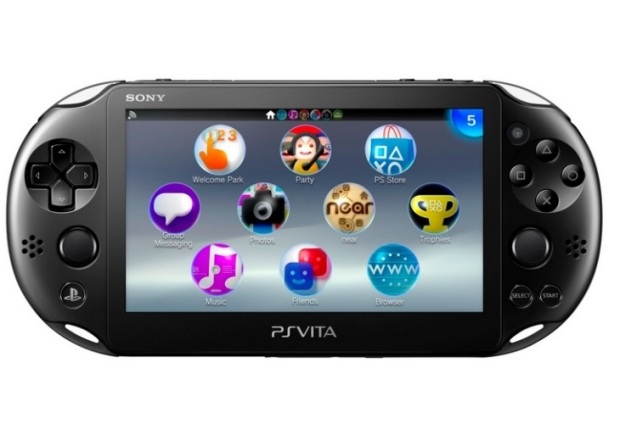 Fast forward even further to now and we are presented with news of yet another version of the PS Vita. This time it’s 15% lighter, 20% thinner, and faster than its big brother, and has an hour longer battery life to boot. The edges also seem more rounded and don’t have that distinct silver accent at the bezel anymore. Other additions to this announcement include a 1 gigabyte memory card that will be tagging along all new models of the Vita 2.0 as well as a handful of colors (yellow, green, grey, blue, black and pink). Also, Sony has removed their proprietary data transfer port (you know, where the cable thing plugs into the charger thingie) and instead replaced it with a micro USB port. This should definitely please those of us with a multitude of USB cables lying around the house. No more having to spend extra for something with which can only be used for ONE THING ONLY. Another thing to note is that Sony for some reason decided to forgo the OLED screen for an LCD replacement. Seems its a slight step backwards, but then again this has always been Sony’s modus operandi, to pull back on tech thru every newer iteration of said products. Look no further than the PSX, PS2, PSP, and PS3. Every newer version of those consoles were watered down aesthetically and technologically speaking, hence their Slim lines. PS Vita 2.0 would be no exception. The positives of such a move are always related to cutting costs which then help us consumers because cheaper parts equals lower price points. Sony was talking only of the wifi model and not of the obligatory 3G, though I wouldn’t expect much difference besides the 3G capability. The full specs are right here.

There’s only been talk about this being released in Japan on October 10th 2013 at a cost of $200, which mimics the drop in price of the current PS Vita model PCH1000. For those of you who don’t like change, want to retain that OLED screen, don’t mind the proprietary (five syllables, geez) cable thingie, and just want to keep it OG, then stick with the first one. If you want a skinnier, slim fast, longer lasting handheld with a NORMAL charging port, and don’t mind a less fancy screen to stare at, then I say totally go new skool with PCH2000, or PS Vita Slim.

Now this is a beaut. It was totally unexpected from Sony and came out of left field. Usually when that happens its a foul ball and gets put in the MEH category. Not this one. On paper and its announcement trailer it seems to hit a home run.

Picture a device that can not only stream media like Netflix, Hulu, and YouTube, but has the ability to play video games. What comes to mind? OK, so the PS3 can do that sure, but at a high price point. Same with the XBox 360 but with an added premium cost of subscribing to their network. The OUYA can do this too only plays Android specific MOBILE games. NVIDIA Shield plays mobile games and can stream a host of PC games but its at a higher price point and PC gaming is really a niche market at this point and time. Other handhelds are out because handhelds. What’s the only other viable solution then? Sony thinks they have come up with a Solution to a problem we didn’t know we had. And whatever problem it is that Sony says I do have, I want to fix it with THIS.

Enter the PS Vita TV. It’s off white and looks like an external hard drive. It kinda looks like it’d be the same size as my 4S, actually. It’s got a minimalist aesthetic and is initially unassuming. The only thing that indicates its relation to anything Sony is the fact that it says Sony right in front of it to the far left. It also has the PS logo centered on top. From the back we get a clearer picture of its intentions. From left to right is the power button, followed by a slot for PS Vita proprietary (there’s that word again) memory cards, one USB port, an HDMI port, Ethernet port, and the charger port. On the side is another port that plays Vita game carts

So off the bat the PS Vita TV (I’ll call it VTV for short) is intended to play Vita game carts (and probably digital downloads thru PSN), can perhaps read a flash drive or external hard drive similar to say a ROKU or Apple TV, has expandable memory, and has the requisite Ethernet capability as a standard to connect to the Playstation Network.

The best thing about this device is that has direct connectivity with a Dual Shock 3 controller. An actual piece of hardware specifically designed for gaming. We won’t have to buy a separate 3rd party controller to make the VTV work because there’s no need to. This little guy is part of the Sony Playstation ecosystem which means it’s tied to a a strong brand dedicated to gaming. Another huge plus is that, compared to the likes of OUYA with its mobile and mini games, the VTV has a great* library of dedicated games to choose from. 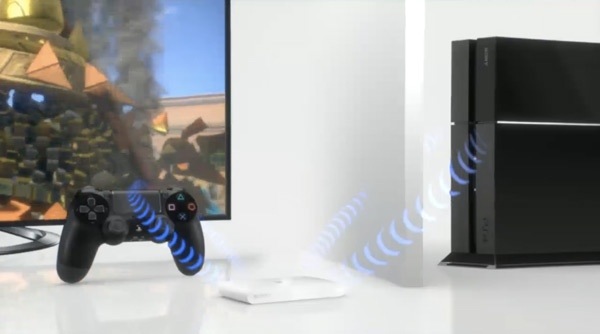 The other host of capability the Vita TV has to offer include remote play with PS4. This means you can actually stream a PS4 game from say the living room while your VTV sits comfortably in your bedroom and play the game IN BED. Some other features I recently got wind of purport to the VTV being able to play PSP and PSX games, as well as the Vita games. And Andrew House, Sony CEO has hinted at the Vita TV’s high probability to play PS3 games via the cloud streaming. This could be a sure fire way to solve the Backward Compatibility issues that Sony dealt with in the past from angry Sony fans, me included. Here’s to hoping that becomes reality.

With all the intended abilities the PS Vita TV has for us, as well as its apparently ever growing library of games old and new, it really sounds like there’s no competition out there at the moment. And with the same $100 sticker price as the OUYA, and compared to the $300 asking price of the NVIDIA Shield it’ll be hard for these two to stay afloat.

For now Japan will be getting the goods this holiday. November 14th 2013 to be exact. There will be two versions: $100 for just the console and $150 for the console + the matching Dual Shock 3 controller. Once this goes stateside expect it to sell out fairly quickly. I hope to get mine before that happens!

Well there go my hopes and dreams of ever owning a PS Vita TV. It looks like Sony CEO Andrew House has stated that there aren’t any plans to release the mini console anytime soon. Along with details of how the system works House said that aside from Japan it will only be released in the other Asian markets including China and North Korea. Lucky bastards.

This is becoming a wishy washy situation when it comes to news about the PS Vita TV’s release in other regions outside of Japan. Now it seems the VTV (as I’ve lovingly named it) has a chance of crossing the pond into US and UK territories. I suppose we’ll have to take a wait and see approach. I REALLY HOPE this baby makes it into my hands!