“If you are stuck and old, like this ship, eat bacon…”

Snappy facts: One of the most recognizable monuments in the Niagara region, La Grande Hermine (translated, “The Big Weasel”) is a half sitting, half floating ship found in Jordan Harbour, between the Canadian cities of Hamilton and St. Catharines.

She was built in 1914 and was used as a ferry, freighter, restaurant and replica ship.  Abandoned in 1997, The Weasel was a victim of arson in 2003.  The  wreck is visible from the QEW, the main freeway servicing the cities between Toronto and Niagara Falls and is easily accessible for photos.

Bonus Snappy (as a thank you for those who took the time to read this!) 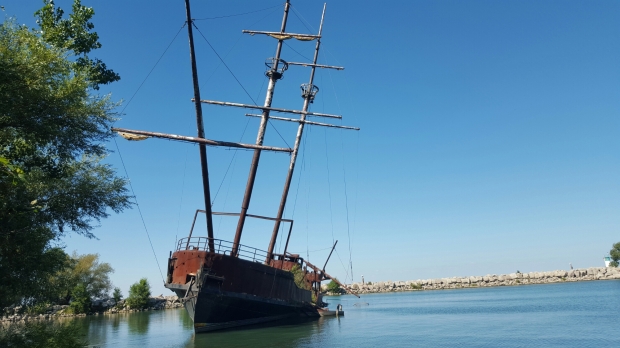