Looks like TPP will bring back more than just BOX-ing shenanigans Trash Bin antics. YouTube user YongYea posted a very telling video of an in-depth analysis of the 1.5 minutes of gameplay that was shown in the 10th Japanese episode of Kojima Station.

The English episode (Episode 8) reissued the trailer, though it was slightly different. Different in that the contextual popups that appeared on screen (such as picking up a weapon, guard, climbing over obstacles, etc.) showed what looked to be a sort of Balloon icon. Perhaps this is the FULTON balloon signifying that you are able to capture/recover POWs and/or downed enemies up to Morpho, and ultimately back to Mother Base, similar to how the mechanics worked in MGS Peace Walker. The icon seems to be the TRIANGLE button. YongYea also points out that the FULTON balloons don’t seems to have to be Equipped. Perhaps they’re infinite like the MAGS in Ground Zeroes. Kojima himself verbalized that the Fulton Recovery will return in TPP but seeing it on screen, at least at this stage, gives me a sigh of relief. 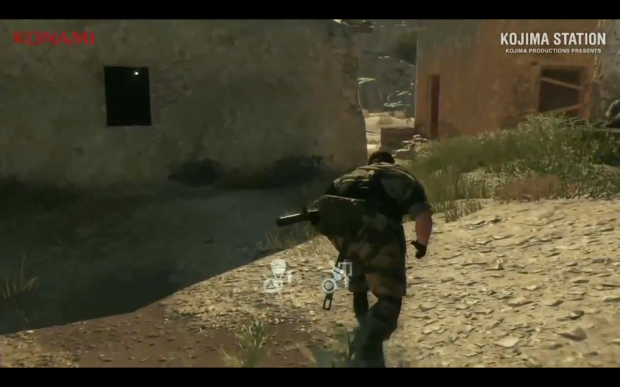