With the dawn of the next generation now becoming current gen, pushing the once-current to last gen, I thought it would be appropriate to talk about the game pads that accompany these new fangled toys of 2013 and beyond.

Game pads and/or controllers give us, the player, established control over the landscape of the game we are playing. More specifically, we are given control of the character we play on screen. Whether it be a first person shooter, a third person adventure game, platformer, etc, the game pad is what gives us control. Sometimes the game pad is the first thing that might stand out when given a glimpse at new gaming tech. When Sony first announced the Playstation 4 they unveiled just the Dualshock 4 to the world. After three generations preceding it, the DS4 finally has something New to show the gaming public. While having similar characteristics of is older siblings, D-Pad, Face buttons, PS button, symmetrical Dual Analog sticks, Sony added a touchpad, similar to the touchpad behind the Sony PS Vita. This feature alone stood out as something that could be a potential game changer (pun intended). Another thing Sony did to the DS4 was replace the Select and Start buttons with an Options and Share button. Options will likely be the single replacement for the Select and Start while Share lets gamers share their live gaming on the fly. A markedly nice touch to the DS4 are the L2 and R2 triggers with the added lip at the end. Shooting baddies will be all the more satisfying for the avid FPS/3PS gamer in us. Also, their is that spiffy light bar at the front that users can change the color of and use as a motion controller.

Another new aspect of the DS4 is its overall shape. Gone are the straighter edges, replaced with a more rounded organic form factor. There are rubberized grips on the underside for more comfortable gaming, not to mention the concave analog sticks for even tighter controls. No more butterfingers. I actually had a chance to try out the DS4 myself at a local game shop. All the buttons, including the triggers, sticks, and face buttons felt tighter and more responsive. Sony design team really stepped up their game for this generation.

Not to be outdone, Microsoft also would be joining in the race to next gen supremacy with their Xbox One. MS also unveiled their new game pad. Xbox One’s new controller, though it closely resembles the 360 controller, has a few changes of its own. Aside from looking much sleeker than the one before it, this XB1 controller a slightly edgier appeal to it. It’s got a matte black complexion with a new glossy D-Pad, something MS decided to change from the weird, clunky rounded version housed on the 360 pad. The Xbox button glows in all white now instead of the signature green. The colorful XYAB buttons sit surrounded by clear plastic, which actually make it look more adult oriented overall. The previous gen controller just looked really chunky and felt more like a kids toy more than anything else. The front of the XB1 controller, where the shoulder buttons sit looks more streamlined. It’s actually reminiscent of the front end of a suped up sports car. It looks good. MS also added force feedback to the newly designed triggers. I’ve yet to personally test this controller myself but Big Cheese at JWAB has had a chance to and mentions that the rumble triggers are a nice touch.

The thing that really ruffles my feathers are those asymmetrical sticks! I call this the “Shannon Dougherty Effect”. One of her eyes is higher than the other. As a graphic designer I always want symmetry in my designs and every time I look at or use my 360 controller I can’t help but get annoyed. This design choice has been implemented since the first Xbox so I doubt MS will change this anyone soon, if at all. While doing a google search as to why this was even considered, the overarching consensus (aside from 360 fanboyism) is that it’s more ergonomic and more comfortable for long stretches of gameplay. While I might agree only because the much more rotund 360 controller is a bit easier on my hands relative to my thinner Dualshock 3, it doesn’t make sense as far as the asymmetrical sticks go. That, and I’m more used to my DS3 as I use my PS3 more often. Slight bias here. 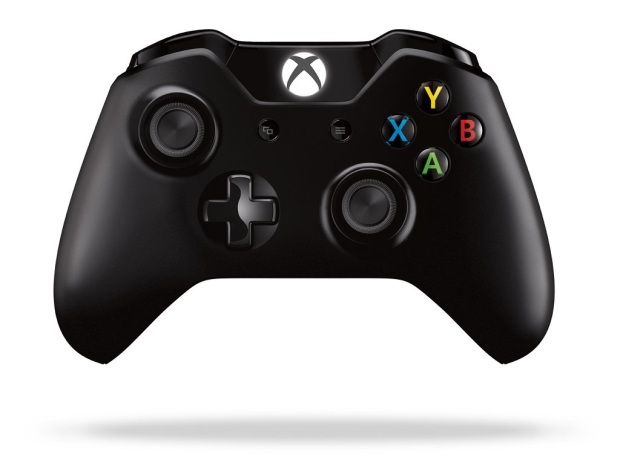 A sort of anomaly that’s actually been given a massive head start in this next gen race is the Wii U. The successor to the first Wii system had one year to wow gamers into the Nintendo ecosystem. That 365 whole days! Nintendo arguably always comes out with the most outside-the-box designs for its consoles and the outlandish controllers they come with to match. Enter the Wii U Pad. 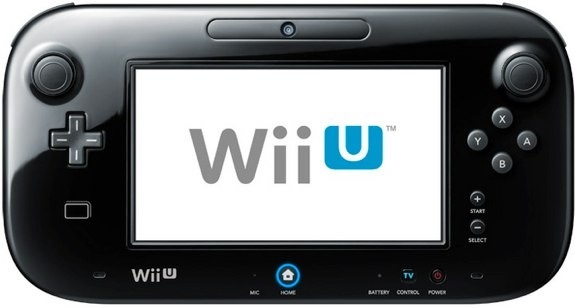 Initially it resembles a tablet, with its 6 incentive touch screen display and front facing camera. After that you’ll notice two analog sticks flanking the front cam, followed by a traditional d-pad and XYBA face buttons, Start, Select, TV, Power, and Home buttons. It also houses speakers and a mic. Up top are the shoulder buttons and triggers at the back. It also includes motion sensors and gyroscope. I actually got a chance to try out the game pad over the summer and, while cumbersome at first due to its footprint, did feel good overall. The buttons felt tight and the sticks closely mimicked the one on the Wii’s nunchuck. The thing that made the most sense to me is that the analog sticks are placed above the d-pad and face buttons.

I mentioned above the apparent ergonomics of the Xbox One controller and the symmetry of the Dualshock 4, and it looks like Nintendo took the best concepts from both its competitors and married them into the Wii U Pad. Ergonomically speaking, placing both sticks above the buttons makes more sense to me because, naturally, our opposable thumbs are placed exactly where conventional game pad face buttons and d-pads are. Since every generation usually evolves its tech, the analog stick, graduated from a secondary addition on say, the PSX controller, to being the most widely used method to moving a character around on the TV screen. And while I will always consider symmetry in any design choice, it’s not always synonymous with comfort. Having said that, every iteration of the Dualshock controller up to this point has been a great design that could have benefited from just a couple tweaks. The Xbox controller has only had it Half right. But with all the benefits the Wii U Pad seem to offer, there are those who still prefer the traditional game pad over all this newness. Nintendo sensing this came up with its offering, the Wii U Pro. 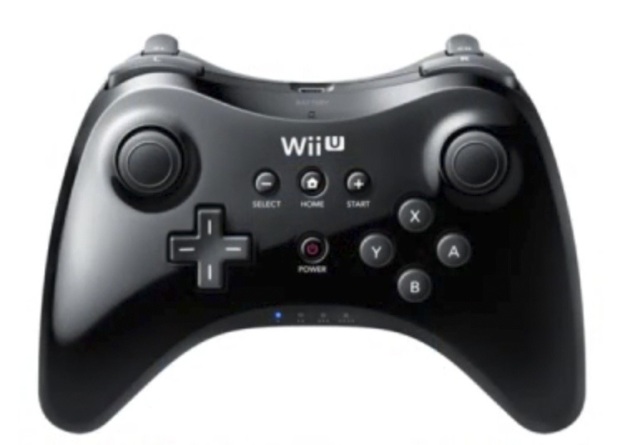 It shares many of the same characteristics of the Wii U Pad. Select, Home, Start, d-pad, face buttons, dual analog sticks at the top, shoulder and trigger buttons. The only thing missing is the 6 inch touch screen. The form factor is more akin to the conventional game pad of today’s standards while keeping it relatively updated. While this game pad really speaks to me, unfortunately I don’t own a Wii U (yet) and cannot capitalize on its features. Until I wait for a really good deal, anyway. And honestly, with all the bundles being released so far, it’s getting harder to resist.

I started thinking that, considering my 360, I still wanted something that mimicked my DS3’s look and feel. Another google search garnered an interesting solution. While searching “symmetrical Xbox controller” I came upon the Cyborg V5 Rumble Pad. It seemed like my prayers were answered. This 3rd party game pad, which thankfully is compatible with an Xbox 360, has a removable, switchable module that lets the user rotate back and forth the left side d-pad and left analog stick to match that of a Dualshock controller. Last I checked this item was available on Amazon. 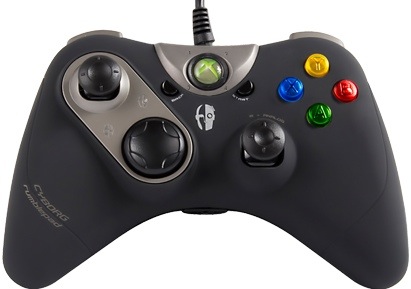 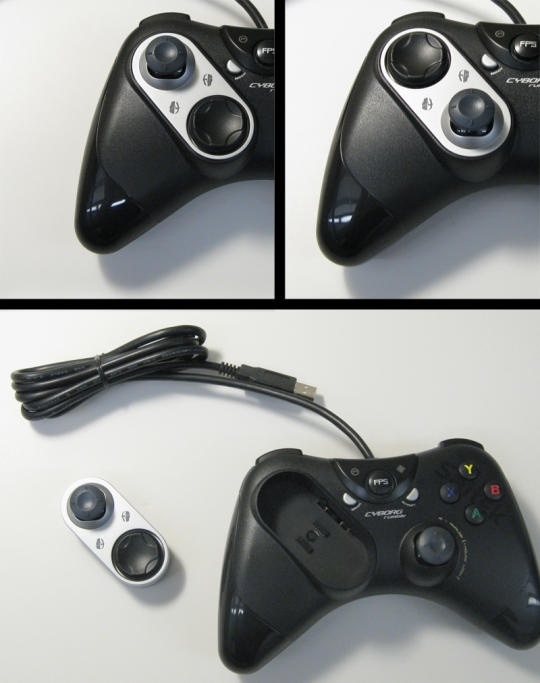 UPDATE: Currently Unavailable. Fail. I’m still going to keep an eye out for it.

With all this talk of controllers I came to the conclusion that every game pad has its strengths and weaknesses. It all really comes down to personal preference, comfort, and level of gaming. While I prefer a Dualshock I do have the occasional cramp. And while I do have my reservations about the Xbox controller it does its job, even if sometimes my left thumb keeps looking for the left analog stick. The Wii U Pad and Pro are great, but only for Wii U owners (unlike me). With the currently unavailable status of the Cyborg V5 Rumble Pad on the net I’ll have to make due with my stock 360 pad. This isn’t a race for the best controller but if it were, I have a clear winner: 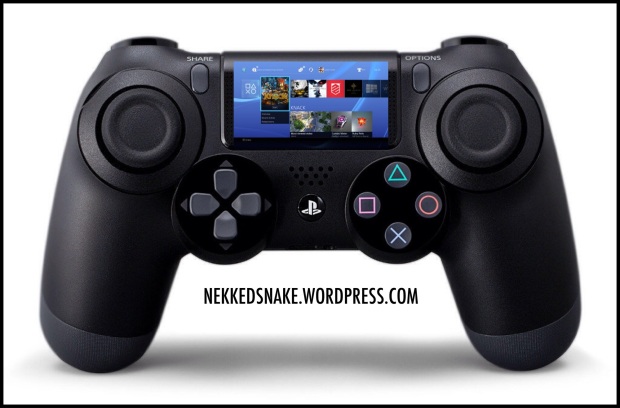 Guys and gals, may I present to you, the Dual Pro Shock Tab Pad.