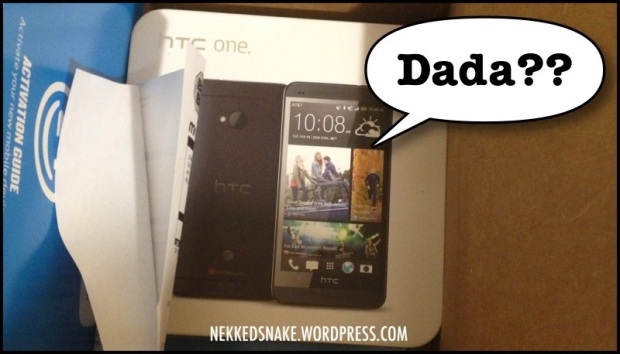 My (other) baby finally came today! She looks amazing! As I first held her in my hand I let out an audible, “Niiiiiice” and marveled at her craftsmanship. She is a real beauty. Before y’all start wondering, NO I didn’t just have another baby. My current little terrorist is quite a handful. Ladies and gents, I am the proud owner of a new HTC One.

Thanks to Big Cheese from JWAB I was able to get an early Black Friday deal from Best Buy a couple of days in advance, November 26th to be exact. I was up in the wee hours of the night clicking away on the Best Buy site and made my hurried purchase.

One quick thing I want to point out is that the site kinda fudged up my order. The BF deal was for an HTC One for the available carriers (I’m on AT&T) and for any color (I chose stealth black) for $29.99. When I was going through the process of checking out the deal suddenly changed to $49.99, Best Buy’s own standard deal before BF. I smelled bait and switch so even though I’d be saving $150 on the phone, I had originally jumped on board expecting to save $170. The next day Big Cheese did some sort of hocus pocus with Best Buy and apparently got the $20 difference back (which I’m still waiting for from Best Buy). All in all, kudos goes to Big Cheese for putting me on to the deal in the first place. Cheers.

So after a slight bump on this road my phone finally came today. I snapped some quick unboxing shots and a quick 5 minute clip (with my iPhone 4S ironically enough):

I had a quick conversation with Big Cheese via text and he pointed out that the box my Stealth Black HTC One came in is different from his box. As he called it, his was more of a “brick” as can be seen in this pic he sent me: 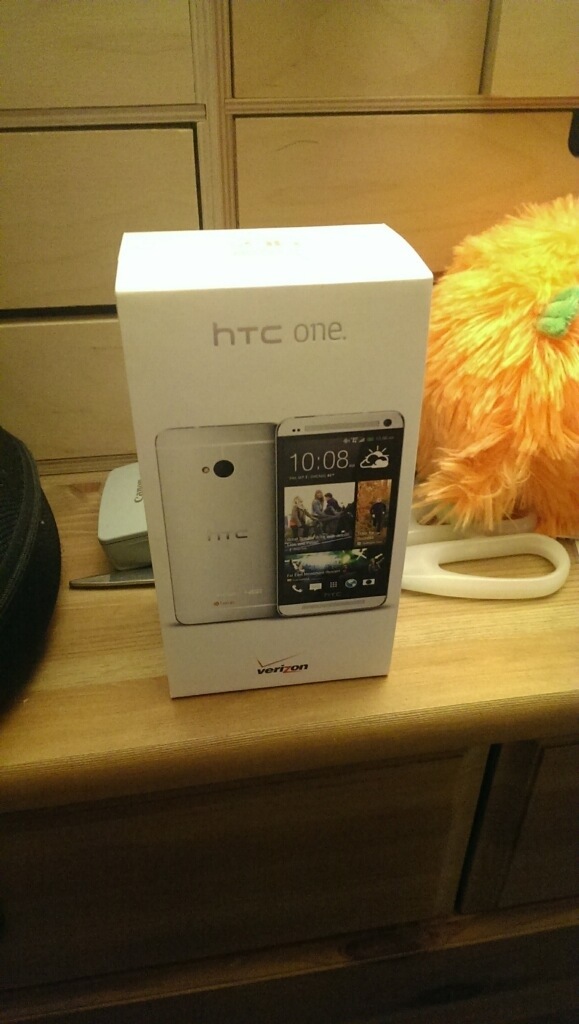 Not too sure what’s going on with that rainbow colored pompom thing in the background but to each their own.

Here are a couple front and back shots. My video below explains why I chose to keep the plastic covering instead of fully remove it. The phone itself feels great to hold. The weight seems slightly lighter compared to my 4S, although I still have a case on it so that might be a contributing factor. 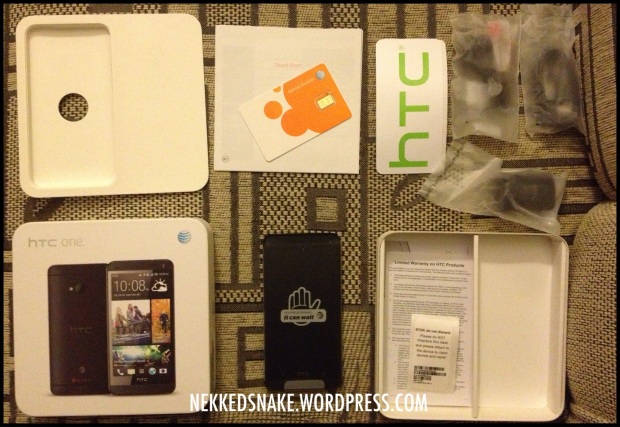 My HTC One also came with a Quick Start Guide, a SIM card (which I didn’t expect to be Outside the phones I’m used to having them already Inside my phones as with all my iPhones), SIM tray tool, a few HTC stickers, adapter, USB to Micro port cable, and HTC’s own interpretation of Beats Audio earbuds (check, not actual Beats Audio earbuds). Again, my clip below explains why the accessories are still wrapped. OCD much?

Here’s me unboxing the HTC One for the first time:

[Apologies for the low light. My setup was so crude that I even had to prop up my 4S on its own ac adapter plug between the two prongs. Hey, Snake always had to do some OSP (on site procurement) so I followed suit.]

And here’s the aftermath with my 4S adapter chillin: 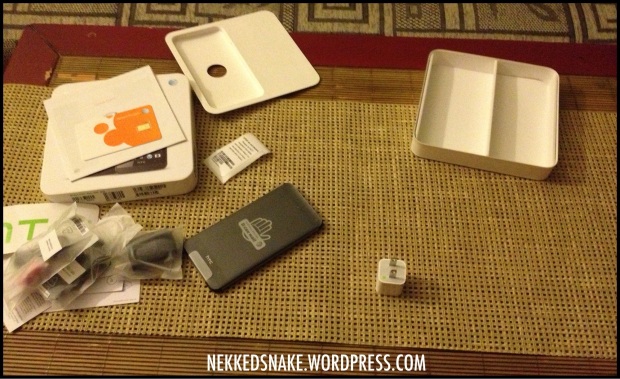 Back in September I had mentioned that I planned to make a switch from iPhone to HTC One “sometime in the near future.” My reason for the inevitable switch was because iOS was just not a platform I wanted to stay on anymore, among other reasons. Though I did want to hold off on any purchases to wait for an eventual better deal. In my case patience paid off so I’m a happy camper. I also would like to mention that Big Cheese himself, also recently bought an HTC One (Silver) over the summer and he seems to love it. He’s been coaxing me ever so slightly to make the switch, telling me all the neat things HTC and the Andy (my pet name for android) platform has to offer. I’ve told him I’ve been waiting for the right time to pull the trigger but talk is cheap.

I’ve expressed a bit of concern to my prior noncommittal due to the fact that I’ve invested countless time and monies ravaging the iOS landscape. Jailbreaks, tweaks, themes, apps, and especially games have been the major reasons I’ve stayed loyal to iOS this far. But then I realized over time that the Andy market is growing fast with better apps and more games as time prods on. Though iOS still wins the race with the amount of games being released first on its platform, Andy is steadily gaining traction and its becoming head to head. I liken it to the whole Playstation vs Xbox war. Both have strengths and weaknesses. A great (and more polished review) of the HTC One by Phonedog can be found here.

It’s really a matter of what one needs or prefers. At this point, I need a change, and HTC One seemed the perfect choice for an iPhone user. Judging from previous reviews on YouTube it’s the perfect balance of form and function. Once I get this baby going I’m sure I’ll be plenty satisfied with what she’s gotta offer. I’m looking forward to taking it for a spin and once I’ve had some ample time I’ll report back with my First Impressions.