I wanted to take a little time away from console gaming to focus a bit on the little friend in our pockets. No no, not that little friend. Get your minds out the gutter! My friends, I’m talking about some mobile gaming.

Sometimes when us gamers just can’t seem to carve a big chunk of time out of our days for some good ole flat TV console gaming we grab our handhelds. Then there are those days that even the convenience of a Vita or 3DS won’t do. That’s where the trusty smartphone takes center stage. Back in the day we had Snake and Solitaire. Things have changed since, with some mobile ports of console games, making smartphones some of the most important devices in our daily lives as gamers. But sometimes it’s nice to take some time away from those uber fancy mobile games and find a nice platformer to breeze through while commuting to school or work. I have compiled a short list of some of the ones I enjoy and rotate from time to time and put them in this little piece I call: 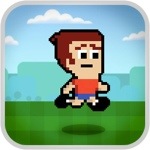 Mega Man X – Here’s a franchise that’s been around since the beginning of the console wars. The Mega Man games have grown to be loved by many gamers old and new and going mobile was an inevitable next step for Capcom. Mega Man X offers precise controls for a touch screen game and loads of nostalgia for Mega fans. Open your wallets and get this one. 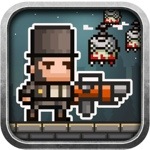 Random Heroes – This little side scrolling shooter from Ravenous Games is reminiscent of 8-bit legends such as Contra and Metal Slug but offers another dose of quick burst fun. You play as just that, a random hero, and shoot robot zombies and other enemies as you try to blast thru to the goal. With Random Heroes 2 in the books and a 3rd one coming soon this is shaping up to be a great little franchise. 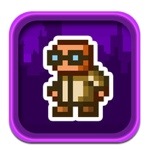 League of Evil – This wee little number is another great one from Ravenous Games and also part of their 3 game franchise. You’re basically a cyborg with a robotic arm and bionic eye who’s got crazy ninja skills that has to dip, duck, dive, dodge, oh and dip thru crazy death traps to find a special item and then destroy a scientist in gory fashion on every level. The platforming can be pretty tricky and not for the faint of heart so fair warning. 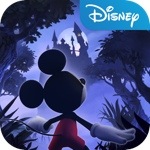 Castle of Illusion Starring Mickey Mouse – Last but not least is another game that its beginnings on the Sega Genesis and recently saw new life as a 3D remake on consoles. Now it’s been ported to mobile where we can all enjoy Mickey OTG. Every level is breathing with life and so unique that it makes you wanna just stop and smell the roses, or those giant walking mushrooms. The controls do leave little to be desired, probably due to placement of some buttons, but they do the job once you get used to them. I urge you guys and gals to give this one a go.

Here’s a quick gameplay rundown of my Top 5:

[Apologies for the audio quality as I captured and cut the footage (If I can call it that) on my mobile phone.]

And there you have it. I would have added more games to this list had I more time but perhaps next time. I hope you guys enjoyed. Next time I’ll compile another Top 5 List of newer games to be released in the coming months.