So , since I have put a new PC recently, and it can pretty much run a lot of the newer stuff with out a hitch, I have been a bit on a gaming binge on the PC side. I have ignored this platform for quite sometime, mainly because the machine I was running previously couldn’t run much of anything recent.  I was recently introduced to Steam (yeah, a bit of a late comer there), and via the THQ‘s Humble Bundle, I was able to pick up a few games for a very low price, all for a good cause.  And also much recently, I was made aware, by a friend, that Star Wars: The Old Republic was now free to play.  Now I have been wanting to play SWTOR, but didn’t really see the need to pay to play as I don’t get much time to dedicate to games.  Well, since I put my new machine together, I have done nothing but play SWTOR (Jezzanorris if you want to hit me up).  Sometime ago, I picked up a cheap wireless keyboard and mouse combo from Logitech.  I think it cost me about $19.99 for the 2 at BJ’s, but the mouse was too small for my liking, so I ended up spending another $20.00 for another wireless mouse.  Thing was they didn’t work on the same receiver, since the mouse was on a newer wireless thing that Logitech was using, and the KB/Mouse combo was using an older system.  Anyway, to cut a long story short, I was never fond of the K/B much since it felt too small, but it served my purpose, up until I started playing SWTOR, and Metro 2033.  To alleviate this problem, I decided to pick up a Razer Nostromo, but as I was about to pull the trigger, I got to thinking, why not just pick up a gamer-centric keyboard, instead of another peripheral. This will kill 2 birds with one stone.  So, in the end I ended up purchasing a Logitech G510.

It’s a monster of a keyboard, and actually, this post is the first time I am really using it.  It types very nicely, and feels very comfortable.  It’s also backlit, and has an LCD, and what not.  Anyway, I’ll save the thoughts and comments on it when I do a PC-build post.  I will be trying it out on SWTOR after I publish this post.  I will let you know how I like it after.   What about you guys, you have anything PC gaming specific? 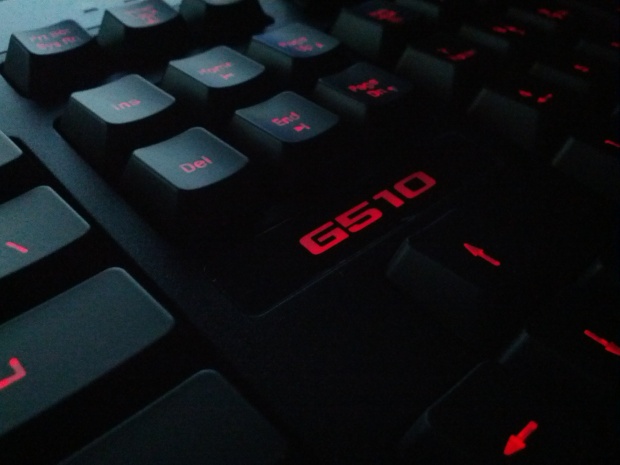