Sometimes us gamers need a little break from the typical FPS shooter, sports game, or anything action oriented. A video game doesn’t have to make you pull a trigger or slam dunk all the time, right? There are days where actually using your brain would be that much more satisfying. That’s where Brothers: A Tale Of Two Sons comes in.

The plot is as follows: 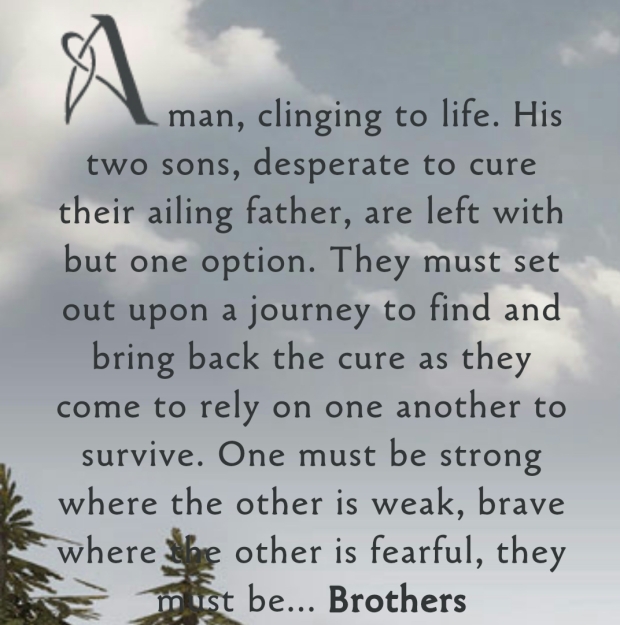 Developed by Starbreeze Studios, These two brothers, one older, the other younger, set out to find a cure for their father who is suffering from some sort of sickness and they have to work together to find a cure. It’s a story driven IP, one of which I seem to enjoying at the moment, along with other story driven games such as the Uncharted series, MGS, KOTOR, Mass Effect Trilogy (MET), etc. Though, this doesn’t seem to evoke anything but the idea of two brothers who need each other to get thru obstacles and race to find that cure for their father.

Visually the game looks great. The environment looks bright and has a lot of texture. The landscape is very lush and the NPC’s are all chatty and helpful, though they speak in a language I’m not really familiar. It doesn’t matter because the gameplay is contextual and is gamers are all pretty perceptive of what to do next in case we get lost. 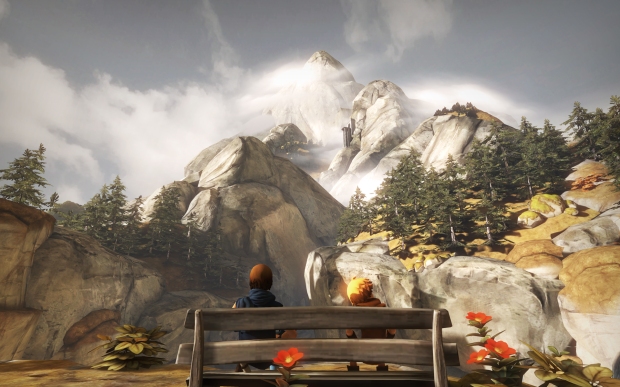 Speaking of gameplay, the controls do take some getting used to as one brother is literally controlled by half the gamepad. Big brother’s actions and movements are controlled by the left stick, whereas little brother is mirrored on the right side. It’s sometimes confusing when they’re on opposite sides of the screen I’m trying to get them to go in one direction. You’ll know what I’m talking about just as you start to play the game. The neat thing though about this control scheme is that each brother is controlled independently, so you can make big bro pull a lever while making little bro say, cross a bridge. And since their actions at dependent on these individual controls you have to constantly be aware of what you’re doing. So involvement has to be consistent. It’s like playing a co-op game but you’re the only one controlling two characters simultaneously. I’ve personally not experienced any game like this so I’m getting a nice breath of fresh air. 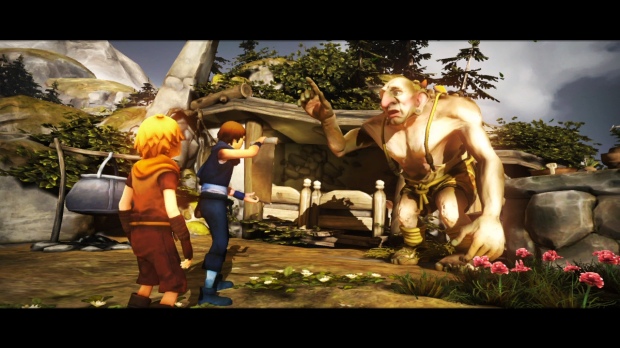 There’re a few parts in the game that I won’t spoil for you guys and gals but one involves a sheep and a giant rat wheel, and the other a big ogre. I also like how the game handles platforming sections and the teamwork it takes to traverse ledges and such. It makes me wonder if other, more “hardcore” games will implement this idea in the future. 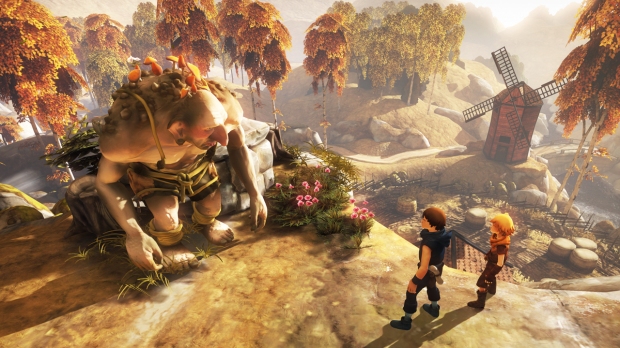 I’m still just cracking the surface of Brothers, but it’s shaping up to be a worthy addition to my gaming library. I suggest you give it a try. It was released in 2013 as a digital download for Xbox 360, Windows, and on PlayStation Network, and for PS+ subscribers it’s available as a free download so grab it up ASAP.