Holy smokes, the iDroid is real! OK, well it’s real in the sense that Hideo Kojima actually had a case designed to it’s exact likeness from MGSV: Ground Zeroes.

Kojima partnered up with toy company Sentinel Co Ltd in Japan to come up with this case, which as of now is made only for the iPhone. The case seems to surround the whole iPhone, which is powered by the phone itself. 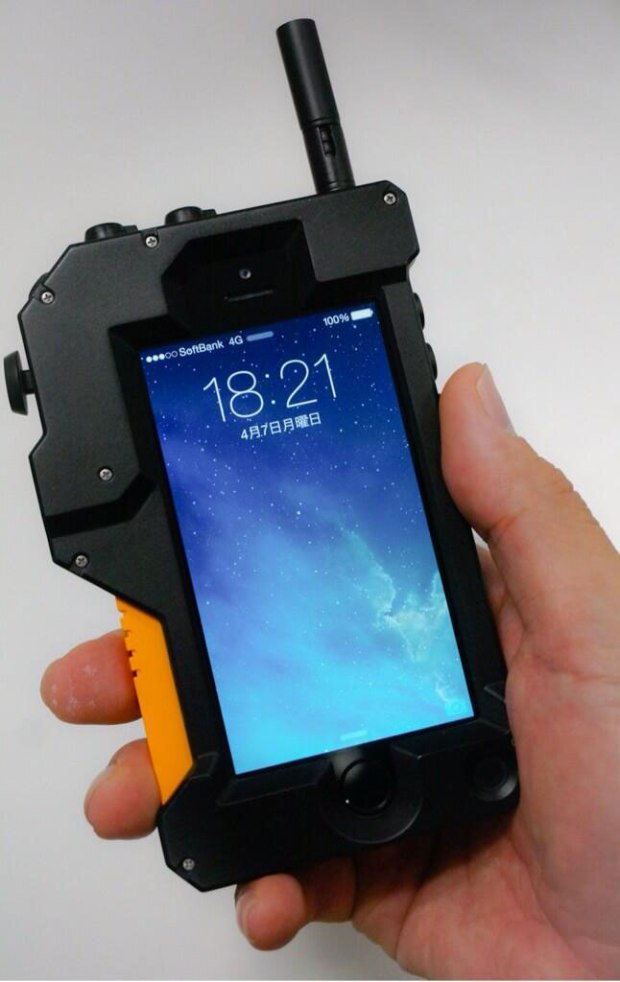 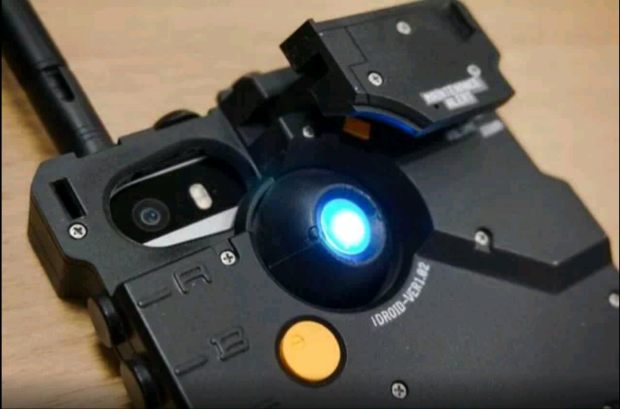 The holographic light turns on, though sadly it’s not a real functioning holograph. Gimmicky, yes, but still pretty awesome. Apparently according to Hideo there will be more details tomorrow so I’ll keep you guys posted. Imagine cosplaying as Snake/Big Boss with this in your hand with the Ground Zeroes Companion App activated!

I got a Solid (pun always intended) chunk of time to play with the Playstation 4 this weekend. A good friend of mine who owns it also acquired MGSV: Ground Zeroes the same time I did. I finally really got a chance to dip into the missions through the eyes of the stellar console. And may I say, GOODNESS GRACIOUS! I’m already impressed by it’s visuals on my PS3, but to experience this game on next-gen muscle really is something else. If there are still those of you ladies and gents who haven’t yet played GZ, you’re doing yourselves a disservice. Merely watching gameplay videos aren’t enough by far. You’ll really need to PLAY to know what I mean.

As this video above illustrates, there is a distinct difference in the visual integrity of the game across all platforms. In my case I’ve played on both the Playstation variants. The game on my Slim is already a stunner but switching to the PS4 was just jaw dropping. The buttery smooth 60FPS frame rate made Snake feel that much more alive. The sharpness of everything was literally making my eyes tear up because I couldn’t stop drooling over everything. 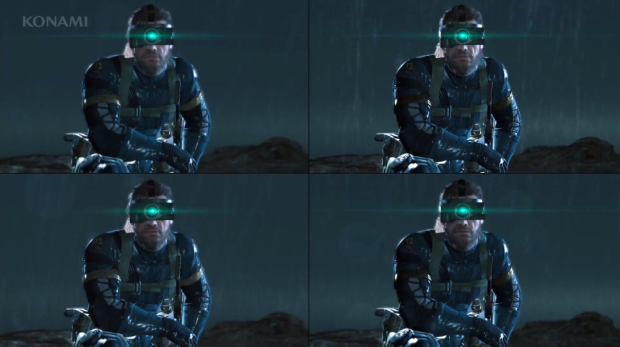 As expected, Snake and company all looked and moved great. If there were any glaring things that stood out to be mentioned it would be the control scheme. Let me clear that up. The control scheme setup is exactly the same across both PS consoles except for the L1, L2, R1, and R2 triggers. Apparently, Kojima felt it necessary literally flip these buttons between consoles. No clue why. I got used to:

These are default and also seem to be unmappable. I had to take more than a few moments to reacquaint myself with the controls, which hampered my gameplay. When I wanted to aim, Kaz would call me instead. When I’d want to perform a CQC takedown I’d zoom in on the guard instead. I suppose Kojima did this to take advantage of the new DS4 (Dualshock 4) controller and its new trigger buttons. Once I got the hang of it I started to appreciate the triggers a little more, but not before frustration set in. At times I’d get caught because I was taking too long to fudge the controls. Or, during one missions to take out a target, when I had a clear shot, I’d shoot with my BINOS instead of my damn gun, losing a perfect opportunity for a nice headshot. The same instances happened during another gameplay where I had to rescue Chico. I got busted in the prison camp so instead of “restarting from checkpoint” I decided to shoot Chico right between the eyes. If you guys thought that the Paz chopper sequence was disturbing, try what I did on purpose. Chico lets out this death scream that punctuates the look on his dead face. It was actually satisfying, more so because it wasn’t my game save I was playing off of. Tee hee. 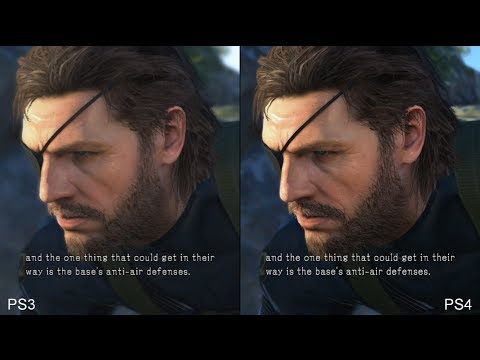 To comment briefly on the hardware itself, while the PS4 is one powerful beast, I totally forgot that the MEDIA options weren’t there yet. I was trying to syphon through an external hard drive that I plugged in to watch some content only to be met with a few moments of confusion and the realization that, duh, there was no way to do so. Something that my PS3 had available at its first inception. But that’s for yet another article, which I may have already written about. It doesn’t matter yet since I won’t have a chance to even purchase one. Gives me time to wait for an eventual patch to add media power.

Back on topic, Ground Zeroes on the PS4 is pure excellence dipped in awesomeness. I actually enjoyed watching my buddies take turns playing as well. While I consider myself Intermediate at any MGS game, I am not by any means a professional. I still get busted and may have to kill a few enemies, which sucks for me as I always try to Stealth all missions. And GZ is a whole different animal. Getting spotted is easier and more frustrating. But that’s the challenge. My buddy who owns the PS4 is the same person who got me into the MGS franchise in the first place. So far out of all of us he’s the only one I know who scored a B RANK in one side op. My personal best is C RANK. I’ll have to try to change that soon.