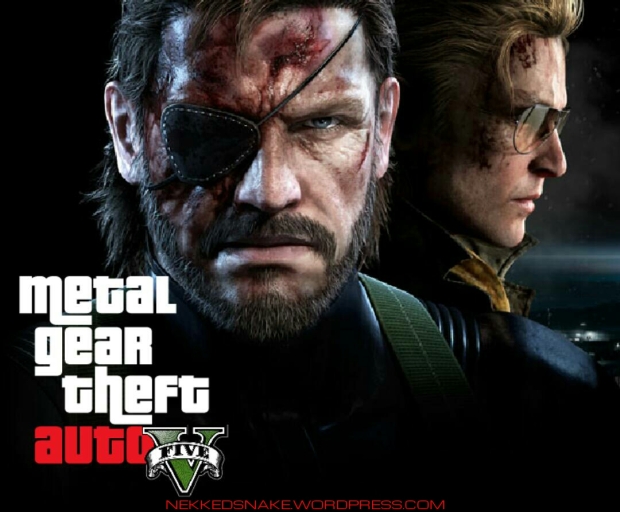 I ran into the dopest thing of the day on the internetz. The MGSV: Ground Zerores RED BAND trailer has been recreated as faithfully as possible with the GTA5 engine. I was so impressed that I was actually inspired to take to Photoshop and cobble together my own mashup poster and use it as my header. Below is the GTA5 trailer.

The original MGSV trailer can be seen under what I’m currently typing.

And here is the side by side comparison.

What would be really interesting is if Kojima did a reversal and had Big Boss running around in the GTA5 open world, holding his 1911 in a gangster style “kill shot” pose yelling “GAT GAT GAT” with the Jack Bauer growl. Hilarity.