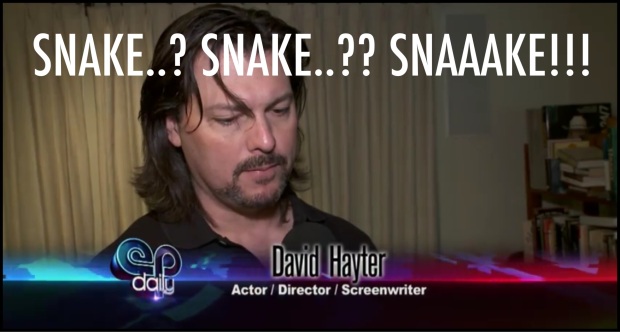 Well I guess the fans of the MGS series will have even more to talk about. David Hayter, voice of Solid Snake and Big Boss has confirmed (again, again) that he will not be reprising his role as the Legendary Soldier. On an interview with EpDaily.tv he verbally stated his feelings, that he still really wants to be Snake and that if the fans make a big enough impact on Kojima to have him return he’d be all for it. The interview can be found here or at the source below.