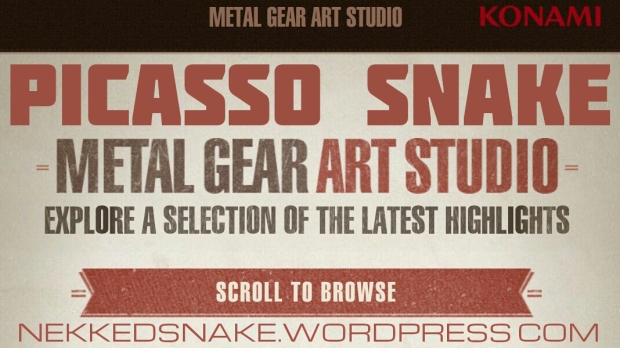 During episode 2 of Kojima Station, Sean Eyestone and company were talking shop about Ground Zeroes methods of completing missions, GZ sound design, and also another MGS related site that has to do with fan art. On this site you see what MGS fans have created and you can literally view up to 4 canvases being utilized at the same time. In each canvas is a live action representation of site members busting out their ILL SKILLZ. And as Sean Eyestone mentioned in the 2nd episode, the best piece gets chosen and will win a cool prize, such at the Ground Zeroes PUMA jacket that was supplied during the Boot Camp a few weeks ago to attendees. I really want one of those jackets myself! Check out the site and maybe you can add something of your own creation. Who knows? You might win the jacket! And then I’ll be jealous of you…

Who doesn’t like Deus Ex? I think we can all agree that we as gamers enjoy Deus Ex on some level. For me, I love it enough to figure out ways to run its PC version on my Macbook. The same goes with Invisible War and it’s prequel conterpart in Human Revolution, and so forth with The Fall on both my Android and iOS handset. Hell, I have Icarus Effect sitting in my ebook reader app, to boot. There were talks in the past about an official Deus Ex live action movie. While that only seems like a dream at this point, a fan movie has actually been talked about and has now gone live. I guess some of us LOVE Deus Ex more than we thought. Above you’ll find the full Deus Ex movie short set in the Human Revolution timeline with protagonist Adam Jensen about to crack some skulls. Check it out.

[Let’s face it. Time is just something not a lot of us have on our side. Especially when it comes to gaming. It’s difficult to squeeze in a nice chunk of time to properly give a typical review, but Something is better than nothing. AMIRITE?? This is where HAR HAR HAR comes in. Or rather, “Half Assed Reviews.” It’s our version of a review, only, um, Half Assed. Enjoy!] 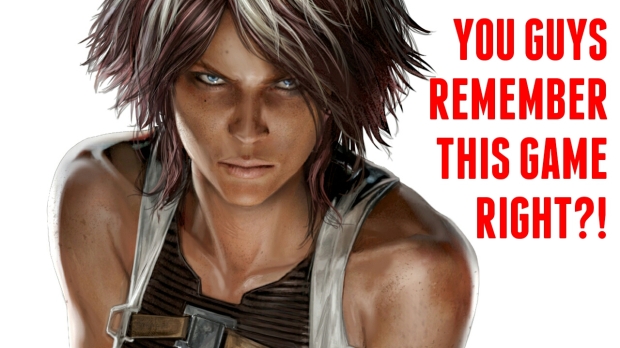 If the title of this game were posed as a question then I’d answer with a big YES, I DO REMEMBER! Release in June 2013 by DONTNOD, I recollect Remember Me well. I was looking forward to this title for a few reasons. Firstly, it’s a new IP from a company that I’m not all too familiar with. I like giving new games a chance if they appeal to me. Secondly, it’s set in a futuristic Paris in 2084. I enjoy cyberpunk anything. Thirdly, it’s a 3PV (third person view) style game with a female protagonists. I feel the world would be just that much better with more games about cyberpunky things who have strong female characters causing a ruckus. Now come the bullet points.

– Movement is OK, it’s more derivative of a typical 3PV

– Platforming sections remind me of Uncharted as mentioned, as well as Tomb Raider, though slightly less smooth

– Combat is customizable which is a nice touch since you are in control of how to take out baddies you come across. Group battles are akin to Batman Arkham “add title here” although not as solid as Bats

– Story wise it’s got your main female protagonists trying to fight to get her memories back which were taken from her while erasing, or more specifically REMIXING the memories of those who did this to her along the way

I had to cut it short here but will resume at a later time. But initially, the game seems fun. Well fun enough to get me to put together a Half Assed Review on it. I acquired this game for dirt cheap at a flash sale but it’s also available to PLAYSTATION PLUS subscribers for F R E E. If any of you are strapped for cash and are a PS+ user like me then I suggest you give this title a go. Won’t cost you a cent.*

Its been a long while since I’ve posted anything outside of videogames. Every now and again I like to make some room for some of my other favorites things in life, one of which is MMA. The particular clip above is a BJJ (Brazilian Jiu-Jitsu) match between two very well-known competitors in the BJJ world. Sometimes it’s good to put down the controller and do something different for a change. Enjoy.