It goes without saying that I have a preference to 100 speed films.  So, when I spotted this roll of Velvia available at ASA 100, I didn’t hesitate to grab it.  My problem was that I didn’t know where to use it. Enter Killbear Provincial Park!  100 speed is my “comfort food” and the percentage of captures I grabbed using this film was, safe to say, higher than the Velvia 50.

Wait, the shot above is a fisheye!  Is it possible with a digital fisheye lens?  I’m still figuring it out, but yes, it is.  I mentioned a bit about it in this post.  To add, I was a lot more comfortable using the fisheye with the 100 speed film. Now I have to thank the folks at DC for processing and scanning this film.  Without these guys, I wouldn’t have any photos to share!

I was warned that Velvia has a tendancy to make skin tones more red, or even orange in some cases, vs. regular film.  I can definitely see it happening in this shot below.  I was also warned that if I overexpose or blow out a shot on slide film, consider the shot wasted. 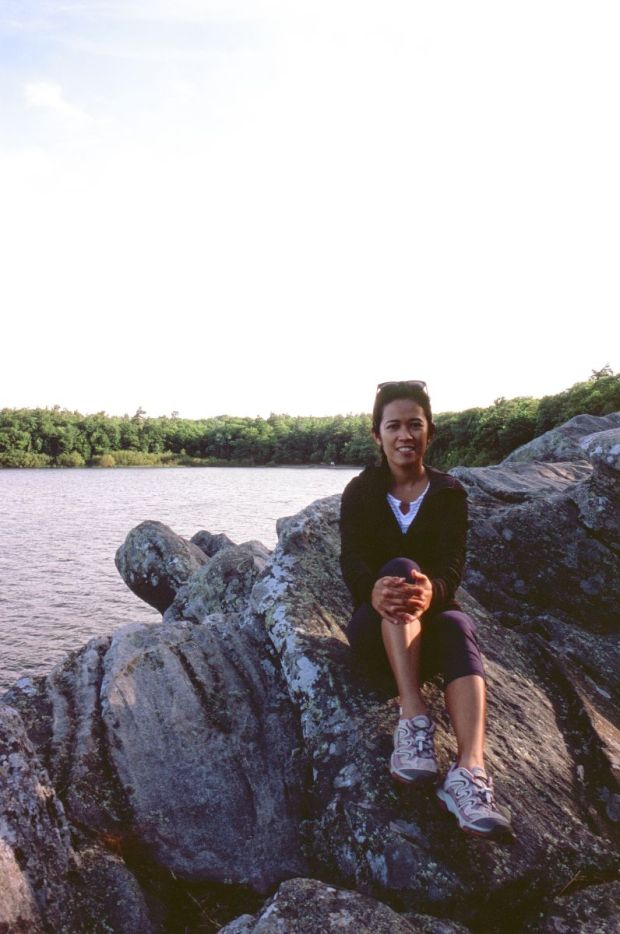 Enjoying the view along the shores of Killbear.

It was very difficult to get the exposure above because we were in the shade, and the sky was full of very brightly lit, wispy clouds.  So I was faced with the decision of trying to properly expose my girlfriend (and blowing out the sky) or grabbing nice clouds (and underexposing my girlfriend and all the details of the rocks she was sitting on.)  Safe to say what I shot for? Haha!

Anyways, it is safe to say that the Velvia 100 is a phenomenal film for landscapes!  I really enjoyed it!  Colours were surreal, and the subtleties in the clouds that the film can grab left me in awe. Will I be using it again?  It is more than likely that I will choose it over the 50 speed film.  That’s all I’ve got to say about this film, but feel free to check out the rest of the photos in this post.

28mm lens bolted on the camera. A fisheye shot is somewhere in this post…

You might see the blur of a kid (I don’t think he is more than 12 years old) jumping off the cliff into the water, 20 feet below him.

Lighthouse trail, Killbear Provincial Park. (12-14mm on my digital fisheye – you can see the barrel of the lens.)

You’ve seen this shot before in my digital follies.  It was quite windy.  In hindsight, I should have underexposed a bit. (I also noticed that Velvia is not quite like Kodak Ektar… 😛 ) 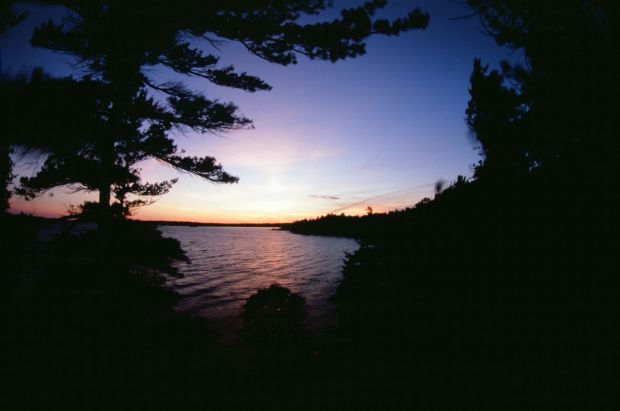 Not quite like Kodak Ektar…but man, can this film grab a sunset!