[The Last Days of FOXHOUND is a fan made comic that I stumbled upon a few years ago while perusing the Internetz as an MGS fan. This strip, created by a fellow MGS fan named Chris Douchette, ran this comic from 2003-2008. I was lucky enough to run into all 500 completed pages and wanted to share them with all of you readers. I’ll try to reiterate each and every consecutive page as time goes on. Most of the humor stems from the going on throughout the MGS series, so those who aren’t too familiar may find themselves slightly lost. My solution: play the MGS games. You guys wouldn’t be here anyways if you haven’t at least played MGS1. Anywho, enjoy!] 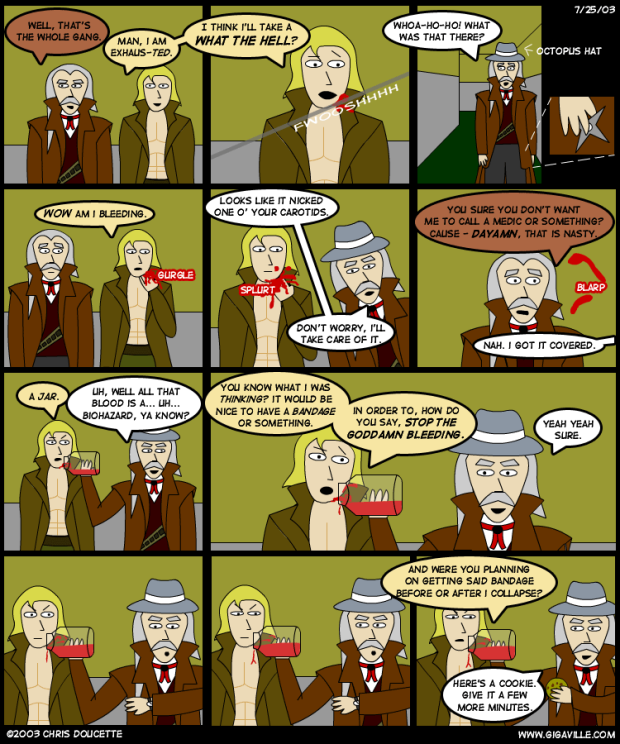