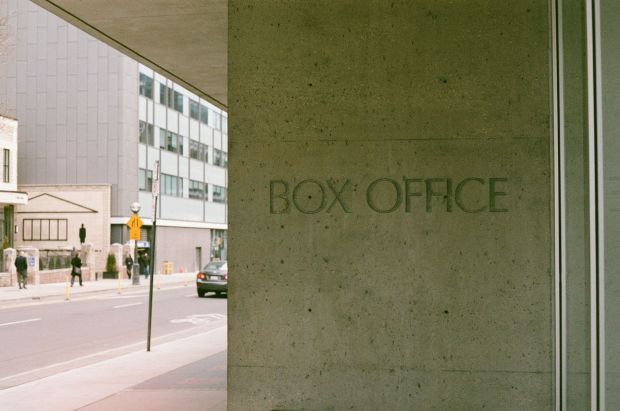 Probably My Best shot in the roll?

I was sifting through some boxes in an effort to remove some junk in my room and discovered an unused roll of expired Fuji Superia X-TRA 400.

2 years expired, eh?  Oh, maybe it is still worth a go!  So the roll went into my son’s Pentax ME Super…all while Nikki (the Nikon F90x) and Penny (the Pentax K1000) were both busy chewing up some other rolls of film (as you’ve read in my previous posts.) 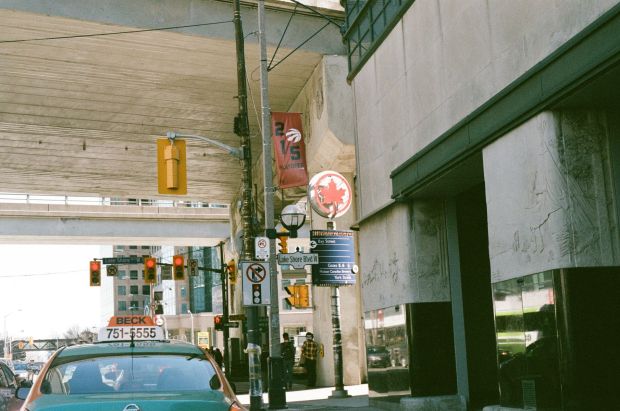 York Ave. and Lakeshore Blvd. Under the Gardiner Expressway (Ok…I lied, perhaps this one was my best exposure?)

To those who don’t know, other than the 200 ISO variant (which I believe is a different emulsion), Fujifilm Superia X-TRA 400 is Fujifilm’s main 35mm consumer colour film.  You can find the X-TRA 800 in Fujifilm’s one-time use, disposable Quicksnap cameras.

Anyways, after having shot the roll, and got my friends at DC to develop and scan to CD, what can I say about this roll?  Well, other than it being expired, there really isn’t much more to write home about. I was shooting consistently in AUTO (one of the first aperture priority attempts by Pentax) with said camera.  The photos seem alright and I would say they match those photos that may have been poorly shot when using a fresh roll of film. 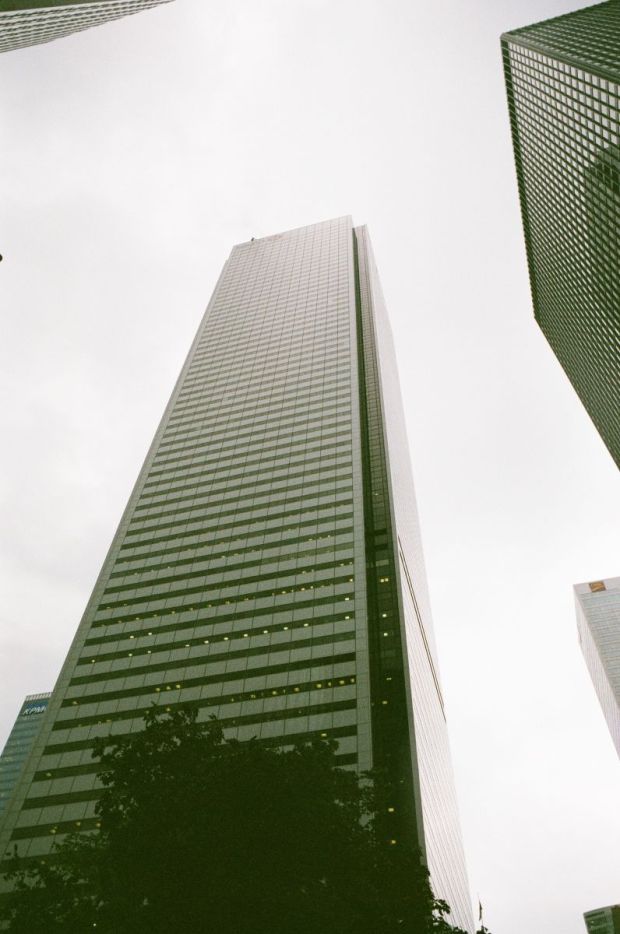 Also, the film showed a lot more grain than I had expected if the exposure was just the slightest bit under exposed. 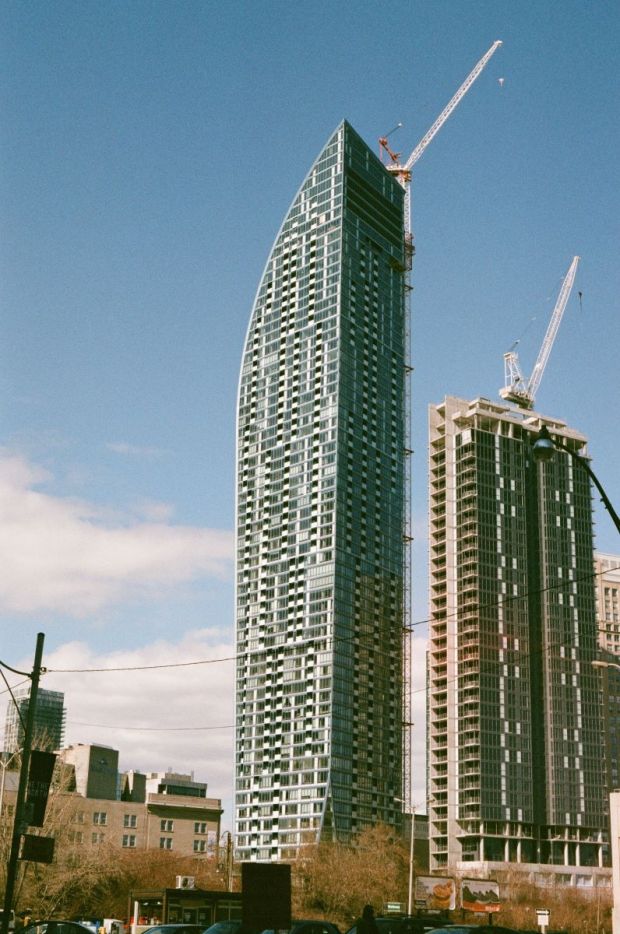 L Condo, from yet another angle…I should start walking North or West to find other things to take photos of.

While on the topic of underexposure, in this photo of the CN Tower, below, although the buildings surrounding the tower are greenish blue, they were a lot more grainy than expected.  Not to mention the green was a lot more pronounced than I had expected (I mean, the CN Tower is not this green!) 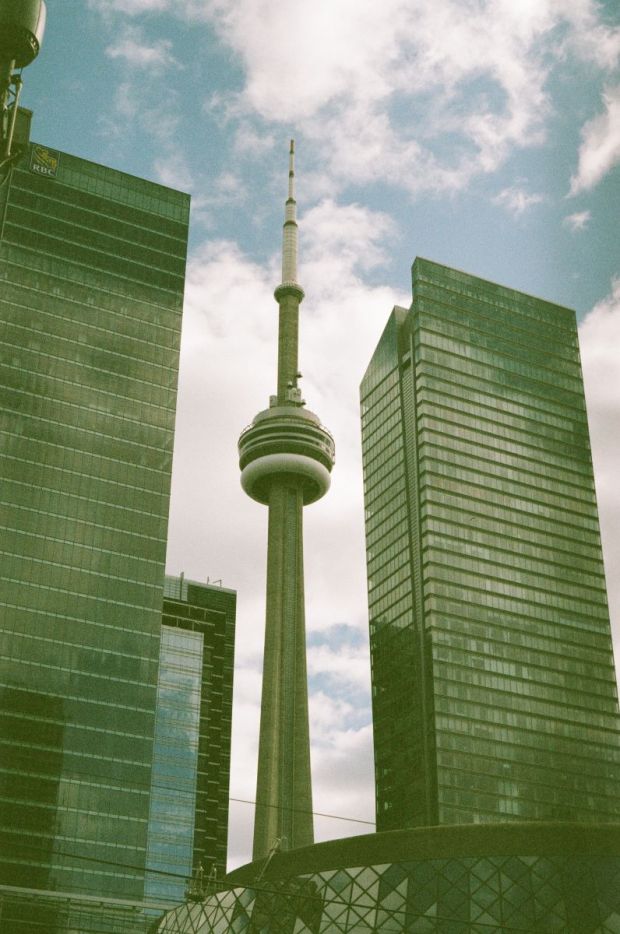 CN Tower seen from between the RBC Dexia Towers.

The colours also lacked that oomph or “pop” as some might say.  Where the film tried, it sadly bled out…take a look at the red traffic lights in the photo below. 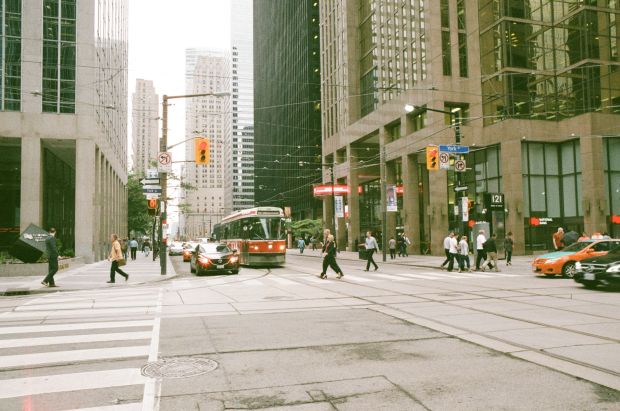 Streetcars are so common, making them a great test subject. This one is at King and York Streets.

Three more photos to end the torture, are found below.  I was, okay with the few shots that came out, but this did not spark me much compared to a fresh roll of the same film. Looking at the photos here in this post, I felt as if I had shot my photos with a disposable camera back when they first came out in the mid-90’s or my old Haminex camera (they weren’t all that great). I wish I had tried something crazier with the film, like the abstract of the building below.  I’ll save that for another time, should I find another roll of expired film. 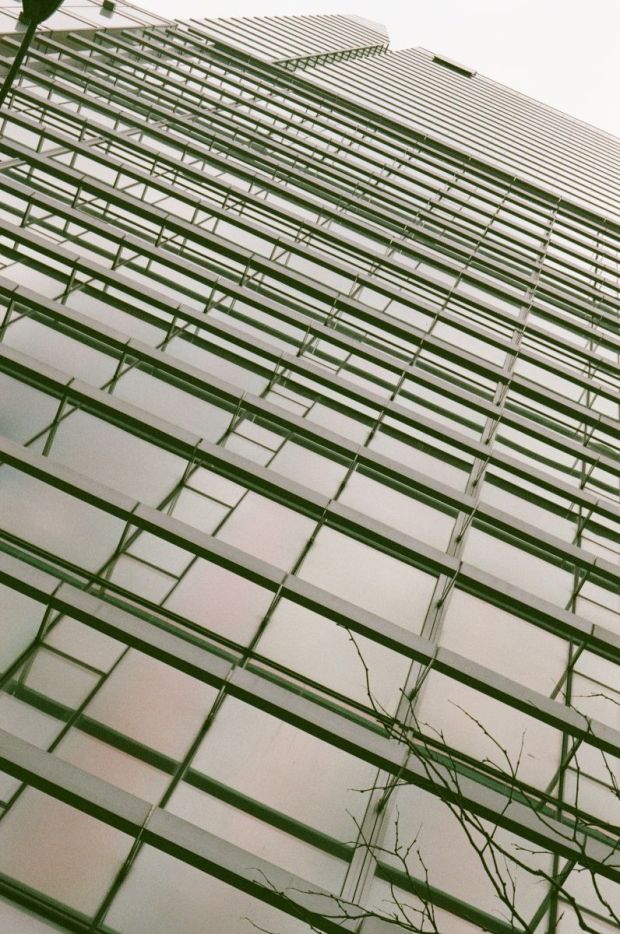 An Abstract of one of the office towers in Toronto…I think this was along York Street. 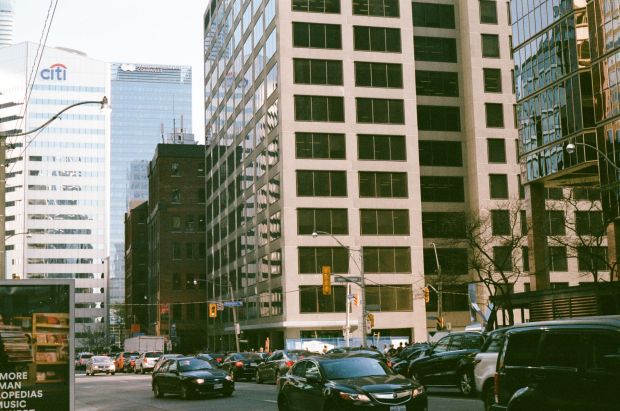 University Ave. and Wellington Street. This was one of the slightly better shots, exposure-wise. Lots more could have been done (like checking my focus! 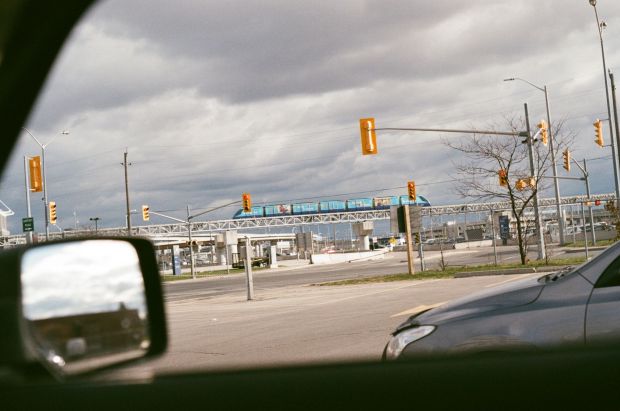 While sitting in the airport’s “cellphone lot” you can see the Airport Monorail linking the terminals to the discount/long term parking garages.