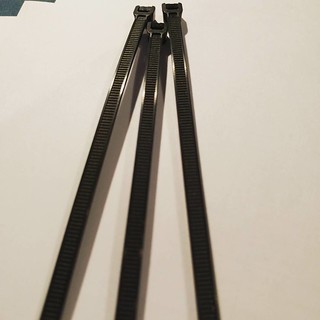 Z is for Zipties. This is our final entry into our #alphabetsoup challenge it was fun. We might do it again soon. #jwab 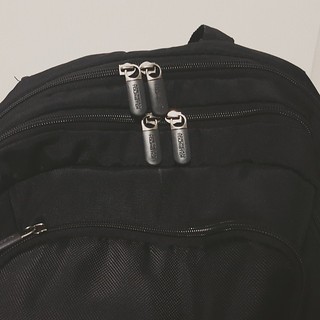 Z is for zipper, found on all sorts of stuff to keep things closed. These were Zipped shut, symbolizing the end of our first #jwab #alphabetsoup challenge.  We’ll start another challenge soon!

Our Alphabet Soup Challenge has now ended.  What other challenges or posts would you like to see?  Feel free to leave suggestions in the comments below!

It goes without saying that the Labour Day weekend is, unofficially, the last days of summer.  Without further ado, here’s my list of things happening around town.  Items 2, 3 and 4 you need to have tickets (although read up on #4 – there are ways to see it for “free”), but otherwise these events are free.  Have a great weekend! END_OF_DOCUMENT_TOKEN_TO_BE_REPLACED

Just a quick update on my progress on the Definitive Edition of  Tomb Raider.  Even though I had beaten the PS3 version (100% on the single player campaign), I still find myself enjoying Lara’s rebooted adventure.  It’s actually a bit fun now, as I’m just really toying with the NPC’s, even with Lara’s low skill level at this point in the game.  Anyway, I find the graphics to be great, and it does add another layer of challenge to the game.  Early on in the game, with the weather ravaging and slowing Lara’s progress, with blinding lightning, and rain drops filling the screen, it makes for an added element of hardship, and it makes you feel like you are there.

I mentioned before the jungle seems more livelier on this version as opposed to the PS3 or even the PC version on ultimate.  Lara’s clothes also seemed more detailed.  These are just initial findings though.  I need to catch up on the PC version to see more and do a better comparison graphically.  The few little things that they added to the PS4 version is a nice touch, like using the Dual Shock 4’s speakers for foot steps, gun fire, and other arbitrary sound effects.  It’s not much, but it somehow add’s a lot.  I notice the sound effects sound a bit better.  Once I get my capture rig going again, I’ll post more video’s of all 3 versions.  For now I leave you with some screen shots done via the PS4’s share button.  I did adjust them slightly for clarity.

Nice textures on her hand wrap

She really needs a day in the spa

No, I’m not calling Jay-Z’s newest album shit. In fact, it’s quite the opposite.

I have never been so hyped about a new hip-hop/rap album. Kanye’s recent Yeezus got me excited, but I’m calling it right now, Magna Carta Holy Grail will be rap album of the year. J Cole’s Born Sinner is of the same caliber, with great music as well, but MCHG… Damn.

Seen all those Samsung commercials promoting it? Heard the background music? Those teasers do not do this album justice. Of course, you get a glimpse of the production process. But once you hear the album, you’ll be blown away. I know I was.

Here’s the tracklisting for you.

Here’s my advice. Don’t hesitate to download this album. This is going to go down in history as one of the best rap albums of all time. Jay never disappoints.

Alex Turner and his gang of Monkeys are at it again. The Arctic Monkeys put out an album just two years ago with Suck It and See, and now they’ve already begun to drop singles for their new album, said by Turner himself to be titled AM. You’ve no idea how excited I am for this, actually. All their albums are tremendous, and there doesn’t seem to be a reason to believe their next album won’t be as good.

With the upcoming release of their new album, the Arctic Monkeys will have five studio albums (Whatever People Say I Am, That’s what I’m Not, Favourite Worst Nightmare, Humbug, Suck It and See, AM), akin to my other two de facto favorite bands, Linkin Park (Hybrid Theory, Meteora, Minutes to Midnight, A Thousand Suns, and Living Things) and The Strokes (Is This It, Room on Fire, First Impressions of Earth, Angles, and Comedown Machine).

Actually, GQ stated the music of Arctic Monkeys can only continue to improve, as Alex Turner has been named was named as a Survivor in 2011 (http://www.gq.com/entertainment/music/201111/alex-turner-gq-music-issue).

Do I Wanna Know? is the second (or technically third) single to drop, only preceded by R U Mine? and its B-Side, Electricity. Do I Wanna Know and R U Mine are heavily influenced by a hard slapped bass guitar, and it’s been a while since a song (or in this case a set of songs) has made me literally drool from excitement.

The song is accompanied by a ridiculously artsy music video, if I do say so myself.

Have a watch. Beware though, animated naked ladies. I don’t know if this is SFW or NSFW. Take heed, though.

The first. The only. The song that brought christened me into the world of music.

Numb, by Linkin Park, off Meteora, their end-all, be-all best album, no matter how much I love Living Things and A Thousand Suns (and hell, Hybrid Theory and Minutes to Midnight. I love them all).

The Big Cheese, yes, him again, got me to listen to this song when I was quite young. I listened to it all the time in his trooper of a red Dodge Neon.

This needs no explanation. This song… is epic.

How do I follow up with a post about arguably the most famous band of all time?

With my favorite band, of course. Linkin Park has been questioned and taunted and praised and heckled, much like any good band. But they are the sole surviving band of the nu metal era, aside from Korn, who made an album with Skrillex. And we all know how people hate Skrillex.

Blackout is off of LP’s 4th album, A Thousand Suns. I remember the concert The Big Cheese and I went to, and how I had lost my voice to this song. Damn, what a good osng.

Oh I believe, in yesterday…

The Beatles need to be on everyone’s good music list in some way or another (excluding of course, the bad sections). The originators of what I like to call the ‘hot-Brits-take-over-America-by-music’ movement, they definitely make my Top 30 List. My dad was a huge fan of The Beatles growing up, and I’m a fan now, too.

This ballad is so heart-wrenching and genuine, and, it was actually voted Best Song of the 20th Century!

I don’t care what people say, The Strokes have always been a good band, and they consistently make good music, and they don’t give any shits at all. Which makes them rock ‘n’ roll.

Under Cover of Darkness, off their most scrutinized album, Angles, has made it to number 4 on my Top 30 list. The music video for this song truly makes no sense, as none of their videos ever really do, IMO.

The song is stellar, and it actually is one of their top hits on their artist’s page on Spotify.

Here we are, at #5. You know how I told you that none of the songs would actually be placed in order? Well, I lied. I actually do have a set top 5, and you’ll get the songs as my brain saw fit. In order from 5 to 1.

There’s no explanation coming for this one. It’s just fantastic to me.