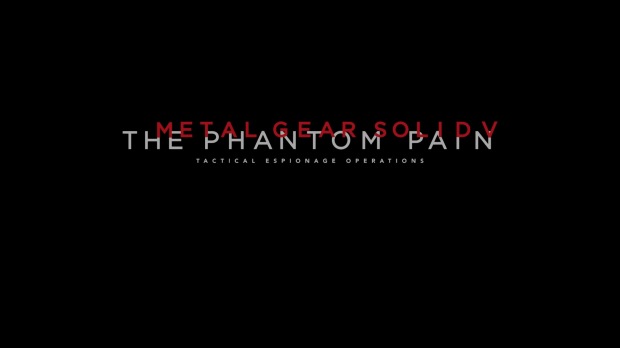 The only thing I can say about this game at the moment is, wow, that was the best intro/tutorial I have ever done.  The graphics are top notch, the voice acting superb thus far, controls – tight.  I do not have one single complaint yet about this game, but granted I have only played the intro/tutorial.  Below are some choice grabs. (or grabs that I was able to get or remember to get since I was too engrossed on what was going on)

Note: There may or  may not be some spoilers.  You have been warned.

END_OF_DOCUMENT_TOKEN_TO_BE_REPLACED

I waited all day in anticipation for what would be in store for Spike TV‘s PS4 Launch Night. I was hoping to see something really exciting, perhaps jaw dropping from Hideo Kojima‘s little presentation among all the others. Well, I guess I’ll still be waiting because whatever that was Wasn’t what I was expecting.

I was expecting to have my mind blown. Instead, what he treated us to was little more than a throwback to MGS1. His presentation showed an exclusive level in MGSV for PS4 called Deja Vu Mission. This is a PS4 only mission that lets us play as Classic Snake, aka the pixelated incarnation of Solid Snake from MGS1 during the PSX days.

I was amused for 5 seconds but when I realized that THIS was the ONLY THING Kojima Was serving his fans tonight it left me confused and bit annoyed. Usually when Kojima makes announcements they’re pretty worth my while. This time around it left a bad taste in my mouth. This demo was little more than another nostalgic nod to the MGS fans. The thing is, it’s already been done. IN A WHOLE GAME. Which game, you ask? Metal. Gear. Solid. 4. Guns. Of. The. Patriots. That whole game was a tribute to fans. It was drowning in fan service. I enjoyed it. But I’m over it and its been 5 whole years! I thought somehow that perhaps this Deja Vu Mission would show Classic Snake all dressed up with the FOX Engine. NOPE. Same ole blocky mofo. This feels like a missed opportunity at some Real fan service. Kojima could have given ole Solid that next gen shine by actually creating him via FOX Engine specifically for this Mission. Shit, even MGS4 had Young Solid Snake face camo that Old Snake could put on along with Classic Snake face camo.

END_OF_DOCUMENT_TOKEN_TO_BE_REPLACED

A nice chunk of MGSV related news made the rounds last week. This all ranging from the opening of the new Los Angeles based Kojima Productions studio, a screening of some new gameplay footage (behind closed doors unfortunately), and more details of one of the prominent characters in the game. The latter portion has already caused much controversy.

END_OF_DOCUMENT_TOKEN_TO_BE_REPLACED 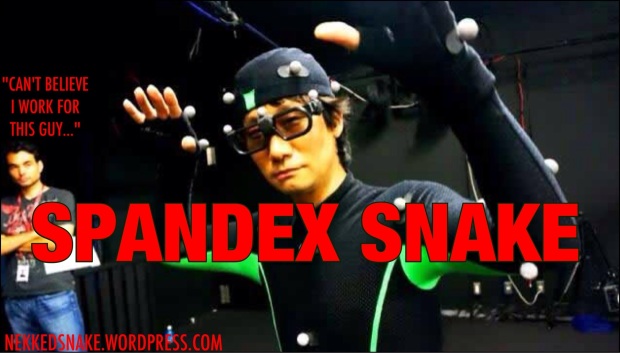 Hey kids. So after a month or so of virtually nothing we finally get some little morsels of MGS news. This post will be a roundup if you will, of the current events that have happened thus far related to anything Metal Gear. Lets get to it.

So I got a chance to see PACIFIC RIM a few weeks ago. Giant robots fighting giant monsters? One word: Awesome! The escapist in me thoroughly enjoyed the movie from beginning to end. Every big action scene had me OOHing and AHHing at every turn. It was a welcome break from the mundane routine of life.

As I watched the movie I couldn’t help but imagine a Metal Gear Solid movie done in the same fashion, passion, and gusto. Hideo has mentioned being in talks with Avi Arad, producer of the famed Marvel Comics turned movies that everyone loves. Knowing this, and the fact that Hideo and Guillermo (director of Pacific Rim) have become quite close, it wouldn’t be out of the realm of possibility for a real MGS movie to come to fruition. Seriously, Del Toro’s foray into giant robots and monsters was practically a live action outing of MGS Peace Walker‘s ‘Monster Hunter’ boss battles. We all know MH is a Capcom IP but still, those Kaiju look a massive as the MH monsters. Another thing relating PR to MGS: the fact that those giant robots are called Jaegers. Hello, Frank Jaeger anyone?! END_OF_DOCUMENT_TOKEN_TO_BE_REPLACED

This one is a bit graphic, but it show’s off the game well.  The Fox Engine looks amazing, and by far one of the best looking game’s I have laid my eyes on.

3A is producing, or has been producing, yet another gigantic Metal Gear. This time around its Metal Gear RAY who’s shining in the spotlight. 3A’s last outing was for Metal Gear REX. REX’s ratio is estimated at about 1:48 and I’m guesstimating that RAY will be roughly the same ratio. I’m also assuming the price range will be just as similar at around $599.99. Here are a few new photos to whet your appetites. It’s the size of a gahdamn golden retriever! END_OF_DOCUMENT_TOKEN_TO_BE_REPLACED

[WARNING: if you haven’t had your first meal of the day and are deathly susceptible to hunger pangs I suggest you turn away as the following content could render you Hungry-As-Hell. You’ve been warned!]

Hideo Kojima and his seminal series, Metal Gear Solid have been around for 25 years. Since 1987 Kojima has been redefining the franchise with every iteration and fans clamor for MOAR. But as much as the fans can’t get enough of the series, Kojima can’t seem to have enough to eat. So much so that he posts about his eating habits as much as he updates us on the current status of upcoming games. Here are just some of his more recent consumption endeavors: 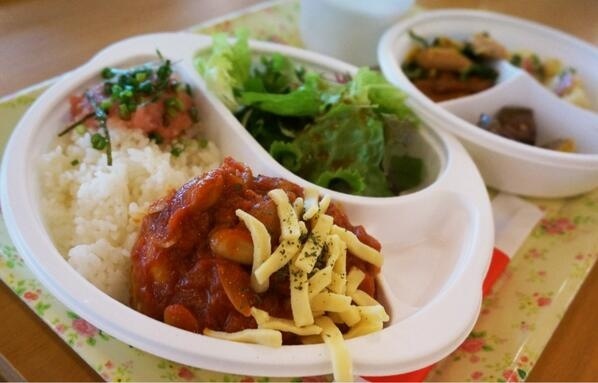 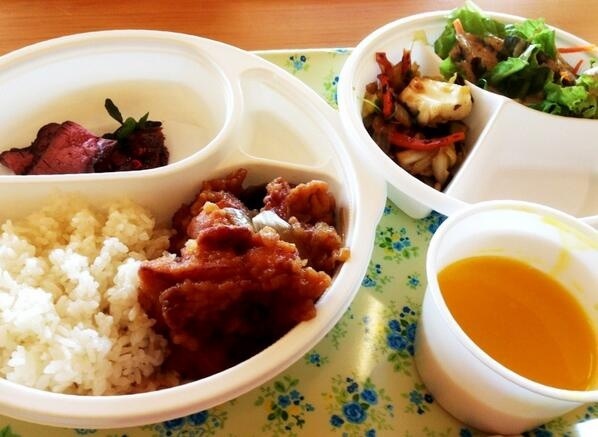 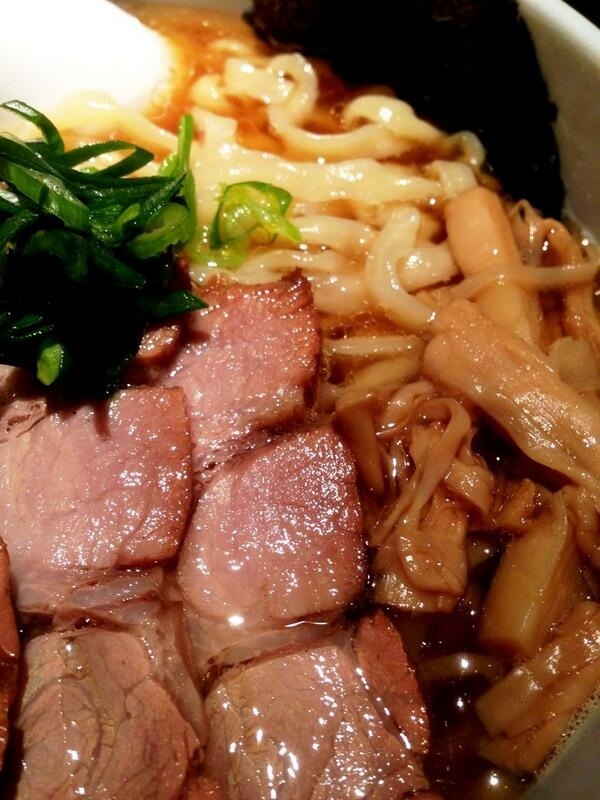 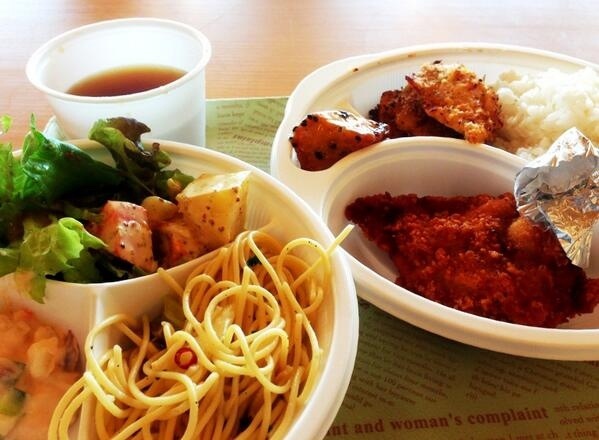 I’m beginning to wonder if all this talk from Kojima about David Hayter not voicing Big Boss is just another elaborate setup just to hype up MGSV even more. Based on the whole Moby Dick Studios and Joakim Mogren trickery, things are starting to smell fishy.