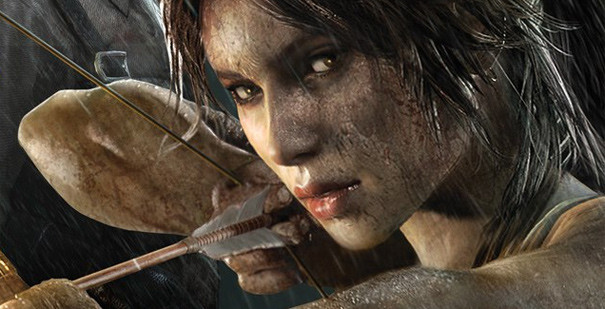 There’s not too many game’s that I own (and I do have a pretty hefty collection) that I can safely say I have enjoyed playing every second of.  I can probably count it with one hand.  The reboot of Tomb Raider is one of them, so far.  It’s been about a week since I had purchased the game, and I’ve played about an hour or so since (minus the weekend).   Even the QTE filled first hour or tutorial segment wasn’t as annoying as I had anticipated.  Anyway, this new iteration of Tomb Raider is so much more like Naughty Dog‘s Uncharted, rather than the Tomb Raiders of old.  Now, even though I own a couple of the older games, I haven’t really played them, so I cannot make a direct comparison yet on how the game evolved.  (Perhaps i’ll crack open my XBox 360 Anniversary edition and give it a go)

The graphics are a sight to behold, very beautiful vista’s, and Lara‘s character model change as the game goes along.  She’ll retain the scrapes, cuts, and what not through out the game, and her clothes will get dirty.  Controls are tight, I haven’t had much problems with the camera system, and doing some cliff jumping, or gap crossings feels natural.  The gun play is also very enjoyable.  It has it’s own satisfying feel to it.  Now some reviews I’ve come across commented on how Lara just instantly turned into a killing machine, only moments after she had trouble doing the dirty deed via QTE for the first time.  I can’t really fault the developers for this, it’s fairly hard to do a progression on that with out slowing down the game overall.  The one complaint I do have (aside for the QTE, but that’s pretty much on all the games), are the supporting characters.  Not as deep as Nathan Drake‘s companions.  (This is me really nit picking too)

I am only about 25% done, so there’s a good chunk of the game to be experienced, but so far, the first few hours or so has just been a joy of joy’s.  Stay tuned for more updates as I progress through the game, and hopefully on the next go around, I’ll have some  of my own game play footage to show you.